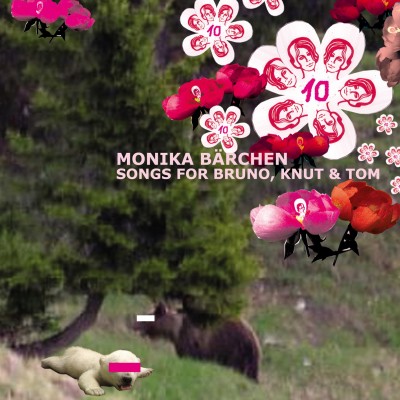 Chica and the Folder

To celebrate 10 years in the business and 60 releases Berlin label Monika Enterprise brings you a special birthday compilation. Rather than going for the obvious “best of" approach, as ever Monika offers something a little more interesting in the form of a compilation comprising all exclusive tracks made especially for this release on the request of label boss Gudrun Gut who has also compiled the CD. Best known for his band To Rococo Rot, Robert Lippok has become an important player in the Monika family through his work on the Falling Into Komëit remix album and the Tesri project with Barbara Morgenstern. His new track has a real post rock edge with live percussion and organic textures. Èglantine Gouzy first appeared on monika through the 4 Women No Cry series (Vol. 1). Her song “L.A." is a jovial poppy number perfect for hanging out under the sun drinking a long drink. Chica and the Folder recently released their 2nd album Under The Balcony (monika57) on Monika. While the album takes in everything from pop and ambient to electro, “Kleines Hoppla" is more in the direction of Chica Paula's DJ sets - with a touch of Berlin style dancefloor minimalism. The vocal sample, by the way, Paula recorded on her mobile phone at a recent Monika night in Poland. Like Èglantine, Rosario Blefari also first appeared on Monika with the inaugural edition of the groundbreaking 4 women... series (monika42). Her guitar charged tune “Verdad" is one of the rockiest numbers on Monika Bärchen. Max Punktezahl has long been involved with Monika through his band Contriva who also celebrated their 10th anniversary this year. Recently Max has been busy with his projects Notwist, Saroos and Jersey. This, his first solo production, is a lovely intrumental track, “Dashes", featuring typically Contriva-esque acoustic guitars. Max is followed by fellow Contriva member Masha Qrella who released her triumphant solo debut album Luck on Monika. For Monika Bärchen she has recorded a lovely cover of the Depeche Mode hit “Good Night Lovers" - keeping up a tradition as Contriva also did a Depeche Mode cover on the previous Monika compilation, Raumschiff Monika (monika20). Monika founder Gudrun Gut gives you a true monika-style number with samples old-school from polka and yodelling. Gut's impressive solo album I put a record on (monika55) also came out this year and, as you might guess from the title “Monika in Polen", this exclusive track is also inspired by the afore mentioned Monika night in Poland. Dorit Chrysler has also come to Monika through the last volume of 4 women no cry. The Austrian theramin virtuoso living in New York, adds a brand new haunting instrumental piece, “Sweden", wonderfully combining the lilting sounds of her theramin with xylophone rolls. Monika is delighted that of one of her oldest friends, Quarks, are included here. Jovanka v. Willsdorf and Niels Lorenz emerged from Berlin's Wohnzimmerszene (living room scene) and were the very first artists to release on Monika Enterprise with the ltd. ed. 7" Wiederkomm. They went on to have two LPs and a remix album on Monika, so it's great to have their exlusive new song “Wilkommen" (welcome) on Monika's 10 years anniversary compilation. From the first artists to the latest; Monika set up a new marketing division - monimark - so as to represent hot new Argentinian trio Lile in Europe. They're included on Monika Bärchen with a remix of “Sticky Images" taken from their homemade debut album. Barcelona based musician Iris is another fantastic artist who has been brought to light via the 4 Women No Cry series. Her unique mix of heart-wrenching song and futuristic electronica is sure to give you Fever! Although surely the youngest member of the Monika family, anyone who's heard her debut album Seven Sisters (monika53) will know that Milenasong opens new doors with her dark-folk style - she demonstrates this well with “Streicheln" (trans. to stroke: presumably bears!). Japanese artist resident in London, Mico, came to Monika through her guest vocals on 2 tracks for the Tesri album (monika41). Since then she also appeared on Vol. 2 of 4 Women No Cry (monika52). Her contribution to Monika Bärchen, “I See A Soul", is a blend of ambient electronica excentuated by her remarkably powerful vocal performance. Classically trained musician and multi-media artist Michaela Melián features with a new edit of the opening track from her brand new album Los Angeles (monika59), “Locke-Pistole-Kreuz". Barbara Morgenstern is surely the brightest star twinkling in the Monika universe. She's been with the label since the beginning and though she is also working on other projects such as the September Collective or collaborations with Bill Wells she's still very much at home with Monika. “Wilderness" is a beautiful piano ballad and the perfect closing number. Monika Bärchen: Songs for Bruno, Knut & Tom is a beautifully eclectic mix with a nice balance between songs and instrumentals, electronics and acoustic instrumentation. All 15 tracks are exlusively written for this very special compilation to mark Monika's 10th birthday.
Update Required To play the audiotracks you will need to either update your browser to a recent version or update your Flash plugin.
webdesign berlin