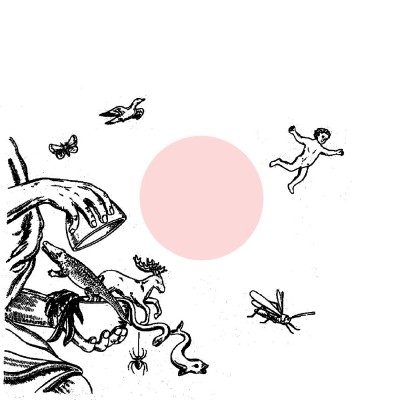 Four Women - Four Countries - Four Countrymen This remix 12" provides a small foretaste of the first album from our new annual series "4 Women No Cry" with female artists from 4 different countries. Here they have been remixed by countrymen from their respective homelands: B.Fleischmann (Vienna), Ark (Paris), Gustavo Lamas (Beunos Aires), Post Industrial Boys (Tiblisi). The journey starts with Paris and Eglantine Gouzy. The much hyped Paris musician and DJ Ark makes the popsong "Zone" danceable. Ark is known for his releases on french labels Circus Company and Katapult and has just recorded a new record for Perlon. Next stop, Buenos Aires. Gustavo Lamas is a countryman of Rosario Blefari. He's earned a name for himself through releases on Onitor and Traum. He remixes the piece "Partir y Renunciar" (Departure and Letting go). Its a classic Lamas mix - densely atmorspheric but relaxing and groovy. On we go to Georgia and to Tusia (aka tba) and the Post Industrial Boys Mix. And as they even sing along: "only the wound speaking wordlessly in the dark...now we are strangers walking hand in hand". This mix is a really great concise pop version. Just like Tusia Beridze, the Post Industrial Boys are from Tiblisi and have already released one wonderful album on Thomas Brinkmann`s Max Ernst label. And back towards central Europe - to Vienna and Catarina Pratter and her countryman Bernhard Fleischmann. Fleischmann achieves what few can - convincing indie fans of the beauty of electronic music. His crossover style is released by Morr Music.
Update Required To play the audiotracks you will need to either update your browser to a recent version or update your Flash plugin.
webdesign berlin