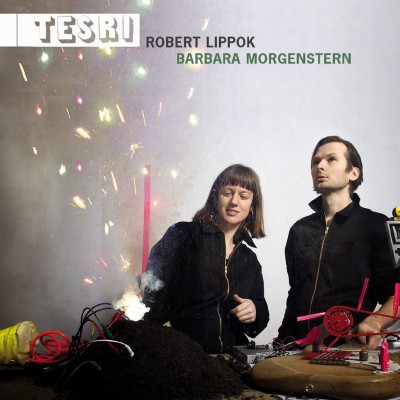 Barbara Morgenstern and Robert Lippok's beautiful Tesri album has its roots in a 2001 commission for Domino's Series 500 imprint, where they soundtracked the moods of each of the seasons across twenty-one near perfect minutes. On Tesri, which is an Arab-rooted Turkish word meaning to accelerate, the music feels partly coloured by their separate visits to Istanbul. But this music is exotic and rich rather than kitschly 'eastern-sounding', and is full of seasonal detail which runs from remote sunsets, insect hum and dust, to a crisp, wintery stillness by the end of the album. Over the course of the album Morgenstern and Lippok, each Berlin residents, allow each other space and time to leave their own distinctive imprints and trails all over the place, setting up themes and adding to ideas, and flowing into each other. Lippok is of course, more usually at the core of To Rococo Rot, whose morse code repetitions and melodic inventiveness he brings across to this project, jamming up with Barbara's energy and cut and odd pop musicality. It's an understood music, this, through touring and collaboration, and into the sound mesh other musicians bringtheir own distinctive styles; vocalists, Damon Aaron from Telefon Tel Aviv (solo album coming soon on Plug Research), with a gorgeous almost Robert Wyattesque vocal on If The Day Remains Unspoken For, and a real find, London-based Japanese musician, Mieko Shimozo on Kaitusburu and Otuskimi. Ronald Lippok and Bernd Jestram inevitably contribute; drums on Winter, and guitar on Gammelpop respectively, Jestram also engineering most of the project. Recorded in Berlin between 2002 and 2004, Tesri features piano, guitar, micromodular, flute, drums, software synths, computer. It has a certain sound we associate with these musicians, both in their own solo work or in group projects, but Tesri is its own dot on the map, its own light lighting up, and it not only complements these other musics, it's its own magical listen. Stephen Pastel
Update Required To play the audiotracks you will need to either update your browser to a recent version or update your Flash plugin.
webdesign berlin