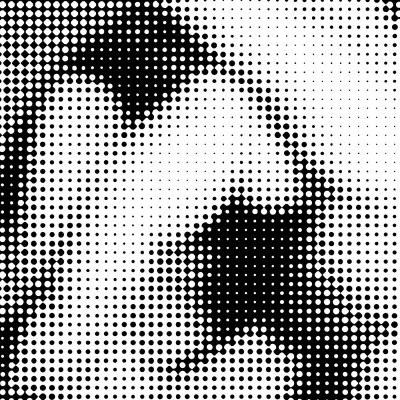 "In Pieces" is another excellent addition to monika's impressive collection of remix 12"s and the perfect accompaniment to Gudrun Gut’s magnificent solo album "I Put A Record On". "Move Me" which originally came out to great acclaim as a 7" on easugar jukebox now gets a well deserved twelve inch release with remixes by Burger/Voigt, Ocean Club member Pole lends his hand to "Cry Easy" and Dntel provides an astonishing remix of “The Wheel”. All three artists are pioneers in their own field and each has contributed a totally different mix of three Monika's affinity with Kompakt continues with the incredible Burger/Voigt remix of "Move Me". Jörg Burger, the man behind the Modernist and Triola projects, has again teamed up with Kompakt boss Wolfgang Voigt aka Wasserman especially for this mix. These remix masters have meticulously sculpted "Move Me" into a dance-pop symphony and brought a Bryan Ferry kind of mainstream aspect to the track. They’ve taken the syncopated off-beat of the original Tango version of "Move Me" and turned it into something even more club-orientated with a straight beat, hypnotic loops, New Order style synths and even live guitars, vocals and a throbbing bass-line by Jörg Burger as well as drums and percussion played by Wolfgang Voigt. Gudrun Gut recruited her Ocean Club friend Pole to lend his remix skills to the electro tune that is "Cry Easy". You can just tell from his remix that Stefan Betke had a lot of fun making this mix. So with the Mr. Oizo-esque bass groove, the only tears that will fall when you listen to this will be tears of joy. Dntel aka Jimmy Tamborello, who is also the man behind the Postal Service, and under his James Figurine was responsible for last years perfect techno-pop album “Mistake Mistake Mistake Mistake” this time takes a break from being remixed to provide his own remix of “The Wheel”. Gut’s Malaria! / Matador band-mate Manon P. Duursma co-wrote this song and also provides vocals. “The wheel turns around” and with Dntel in the remix seat (or should we say, at the Wheel?) this mix is sure to get some heavy rotation. One particularly lovely touch that Jimmy added is replacing the Berlin-Schöneberg street sounds captured on the original track by Gut from her balcony with the noises of his own Silver Lake Blvd. neighborhood in Los Angeles. The release title, "In Pieces", comes from a line in the song "Move Me": "I fall to pieces like a Pattsy Cline song…" calls the voice of Gudrun Gut in her unique half-whisper-half-sung tones. And there couldn’t be a more appropriate title for this 12" than "In Pieces" as each of the three remix artists have shown how the art of remixing should work - disassembling the original work and rebuilding it in a totally new configuration, but out of the same pieces.
Update Required To play the audiotracks you will need to either update your browser to a recent version or update your Flash plugin.
webdesign berlin