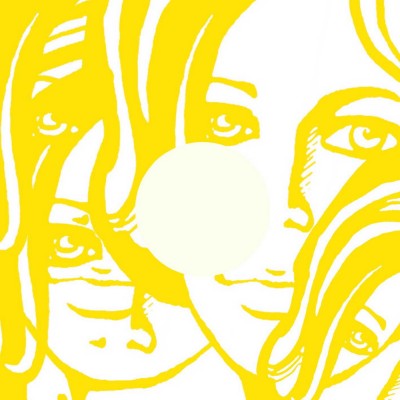 Forgive Your Friends is the first remix 12”s taken from the new JAMES FIGURINE album Mistake Mistake Mistake Mistake (monika 49). FIGURINE already released one album, The Heartfelt (monika 23), on Monika Enterprise and JIMMY TAMBORELLO is also well known for his projects DNTEL and THE POSTAL SERVICE. This maxi single features remixes by THE FIELD, JOHN TEJADA and DAVID FIGURINE. Sweden’s THE FIELD have remixed the albums opening track 55566688833. With two outsanding 12”s on Kompakt THE FIELD is the next big thing for the Cologne minimal label. Poppy loops and solid beats gives their version of 55566688833 something of a NEW ORDER feel. California-based JOHN TEJADA is easily one of the most productive DJ/producers in modern dance music. He releases on his own label Palette Recordings as well as on Plug Research, Scape and CCO. He has worked closely with Jimmy on the new album - contributing additional sounds to many tracks and mixing the whole thing at his Palette studio. He made the first of two fine mixes of the beautiful song Apologies. Keeping it in the Figurine family, bandmate DAVID FIGURINE supplies the third and final remix. David who also did the design for the album cover gives Apologies an electro-pop treatment accentuating Jimmy’s voice and the powerful message contained in the lyrics where the album title also comes from. The Forgive Your Friends EP is a delicious taster for the brilliant new JAMES FIGURINE album Mistake Mistake Mistake Mistake. All three tracks are exlusive to this 12” on monika. If you like the Forgive Your Friends EP you are going to love the tremendous full length album Mistake Mistake Mistake Mistake (monika 49).
Update Required To play the audiotracks you will need to either update your browser to a recent version or update your Flash plugin.
webdesign berlin