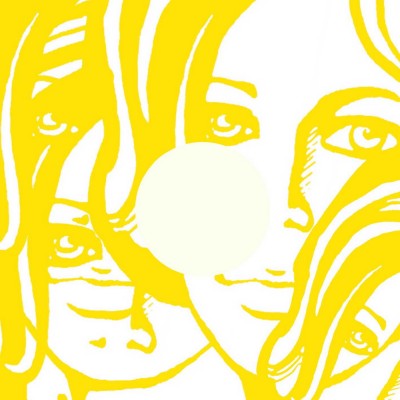 An album as good as James Figurine’s Mistake Mistake Mistake Mistake (monika49) deserves to be celebrated with not just one but two remix 12”s. Following the album and Forgive Your Friends EP in summer here comes, as promised, the second remix 12” to be taken from this classic album. A Kompakt triple-bill of DJ KOZE and SUPERPITCHER/ Tobias Thomas complete the James Figurine techno pop club-sandwich. DJ KOZE has taken time out from his current project INTERNATIONAL PONY to do this exclusive mix for monika. Koze has reworked perhaps the most moving song from James’ album, Apologies. He has experimented playfully with the original adding acid sounds, dropping the beat out alltogether at times and warping and twisting Jimmy Tamborello’s beautiful voice until it is almost unrecognisable. It’s DJ Koze at his most humourful. Fellow Kompakt DJs Superpitcher and Tobias Thomas deliver the other track on this kicking 12”. Their take on the albums opening track is, as one might expect from this class remix team, a supremely danceable version. Superpitcher and Tobias Thomas’ sequencing expertise make 55566688833 (from where the release name comes) club compatible to say the least. The Eleven Numbers 55566688833 spell “love” when you are writing an sms. And who can help but love the glorious techno-pop music of James Figurine? Especially as it is presented here in remixes by some of Kompakt’s finest: Dj Koze, Superpitcher and Tobias Thomas. This record is a significant number for monika too as with monika50 the label reaches an important milestone in the catalogue of any indie.
Update Required To play the audiotracks you will need to either update your browser to a recent version or update your Flash plugin.
webdesign berlin