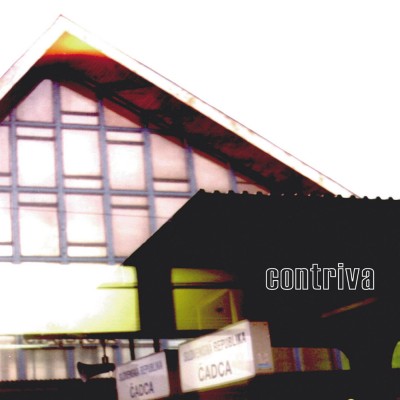 Members: Rike Schuberty, Hanns Lehmann (s.a.Mina), Max Punktezahl, Masha Qrella (s.a.Mina) contriva is closely connected to the small Berlin vinyl label lok (Mina, Komëit u.a.) where they have released two 10"-ep´s and two 7"-singles in the past two years. Their instrumental tracks are arranged by using rather conventional devices (gtr--bg--keys--dr). Less a deconstructive approach, than a fondness for traditional songwriting (influences are such as Neil Young, New Order and Kim Deal), is characteristic for their music, even though there are no vocals with very few exceptions. Generally the results are somewhat melancholic pop tunes which are meant to be catchy, but in a glamourless way. "tell me when", their first longplay record, was recorded by contriva at a self-set-up - harddisc-studio in a holiday home in the slovakian mountains and later mixed by Tobias Levin at the electric avenue studio in Hamburg. According to the late- august- in-the- mountains- mood, their record is very relaxed however sunlit and dusty at the same >time. By the way: the opener "on the porch" was really recorded on the porch, if you listen well, you can hear crickets in the background. isn't this the perfect record to listen to in this cold beginning of the new century?
Update Required To play the audiotracks you will need to either update your browser to a recent version or update your Flash plugin.
webdesign berlin