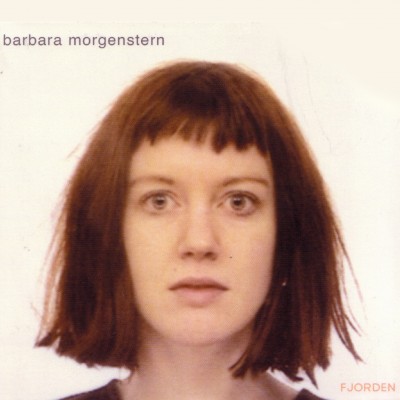 I was pleasantly touched by Barbaras debut album of autumn 1998 "Vermona ET 6-1". With organ as her main instrument, the work was like an homage to the Czech organ of the same name, through without the trash quality. In that album Morgenstern melded warm analog sounds from the past and nineties beats in a techno-design of song writing, home recording and electronica, without retro-lounge-cuteness either. Afraid of musical borders? - not Barbara Morgenstern! You could have called that work Indietronic, but the term didn`t exist at the time. Even now, two years later, it won`t fit. yet it comes to mind, because `Fjorden` has obviously been recorded with new equipment and new technique. Still working out of her own studio, using sampler and sequencer in her instrumentation, Barbara Morgenstern tells us stories. Her wonderful, heartbreaking voice, adds context to the beats and sounds. "Fjorden" comes across as familiar & intimate. This album is a clear step forward, without throwing the past overboard. "Fjorden", with its warm analog sound, is like a good friend visiting - rotating in your cd player. You are not alone. Barbara Morgenstern is there with her music. And it`s wonderful that she`s there! Jan Ole Jöhnk, Ende August 00 written by barbara morgenstern recorded + produced + mixed by barbara morgenstern "37°" written and produced with robert lippok "DER AUGENBLICK" produced + mixed by thomas fehlmann "TAG UND NACHT / DER HINTERGEDANKE / HAPPY END / WIR AUF DER FLUCHT / TEIL FÜR TEIL" produced + mixed by pole
Update Required To play the audiotracks you will need to either update your browser to a recent version or update your Flash plugin.
webdesign berlin