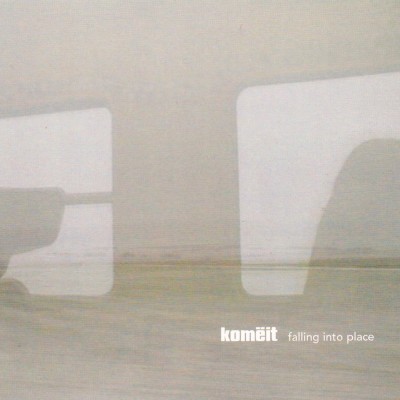 Falling into place? This is where it all comes together. Just before Quiet is the new Loud reared its tentative head in 1999, Julia Kliemann (vocals, sine keyboard) and Chris Flor (vocals, guitar) began to gauge the boundaries of calm fragility with their reduced tendercore: when early attempts at collaborations (skateboarding) didn?t work out, Chris decided to convince his fellow student Julia to join him for an improvised performance supporting songs:ohia instead. With a touch of open naivety and idealism about them Komeit?s simple stories and clear messages place them at the forefront of artists who are not afraid to expose their sounds and souls to the public ? not in a shy, introverted way but via melancholically optimistic honesty. Their consciously minimalist approach results in humane directness, in a concentrated clarity. Contemplative, romantic, heart-wrenching, slow, deliberately delayed and infused with their mutual musical past between Low, Codeine, Pastels and Brian Eno these two delicately interwoven voices almost hypnotically drag us into the intricate spheres of Komeit ? Let?s Melt, as one of their songs seductively invites us to do! on this debut album the tension between roughly spun guitar-harmonies, a sinus-organ and the introvert voices of julia and chris creates melancholic beauty and magic. komeit are zart-core!
Update Required To play the audiotracks you will need to either update your browser to a recent version or update your Flash plugin.
webdesign berlin