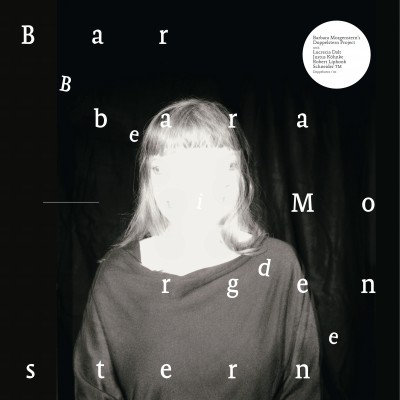 Yes, double stars do exist. They are a reality. They appear in the firmament – sometimes as an optical and sometimes as a physical phenomenon. Two celestial bodies, working in relation to each other, circling around each other, responding to each other, both in a delicate balance. There are many more double stars than one might otherwise expect. Indeed, as many as four of them will appear in the coming days, and in the course of the year there will be a total of thirteen. And even if it sometimes seems like it, the double stars we are referring to here have not fallen from the sky. Barbara Morgenstern, the great Berlin composer, lyricist, musician and choir director, has found them, formed them and let them rain down upon us like a meteor shower. There is something almost divine about it. "Beide", of course, is German for "both". And a double star is a "Doppelstern" – to Barbara Morgenstern's enchanting "Morning Star". Three years after her previous English-language album "Sweet Silence", Barbara Morgenstern is in possession of a marvellous new metaphor for a shining new principle for her work. The concept was actually a hint from Justus Köhncke, who appears on this pre-album EP "Beide" right with the very first track "Übermorgen" – thus forming a wonderfully bright double star with her. This vocal duet can truly be described as a physical phenomenon, which shall soon also accompany us in the ether, in other words: On the radio. Then over to the next star, Robert Lippok, with whom Morgenstern has crossed paths on numerous occasions over the course of her career: They seem to dreamily revolve around each other elliptically. Their interaction on the piece "Scrambler" therefore requires no words, as this electronic instrumental clearly shows. "Gleich ist gleicher als gleich" took shape in the studio of the musician Lucretia Dalt, previously of Barcelona, now in Berlin, and appears on this EP – like with "Übermorgen" – in a longer version than on the upcoming album. Finally, "Kein Weg" was created in the studio of Schneider TM, and is the most intense and kraut-oriented track on this EP. Nine more of these double star manifestations will follow later this summer on the "Doppelstern" LP, each of which originated in different studios, across continents and across neighborhoods. The mixes for all the tracks were completed by T.Raumschmiere, which brings high coherence to the most diverse of constellations. It holds together well - one might even say: Almost like a solar system. Do not miss this celestial phenomenon under any circumstances. Hans Nieswandt
Update Required To play the audiotracks you will need to either update your browser to a recent version or update your Flash plugin.
webdesign berlin